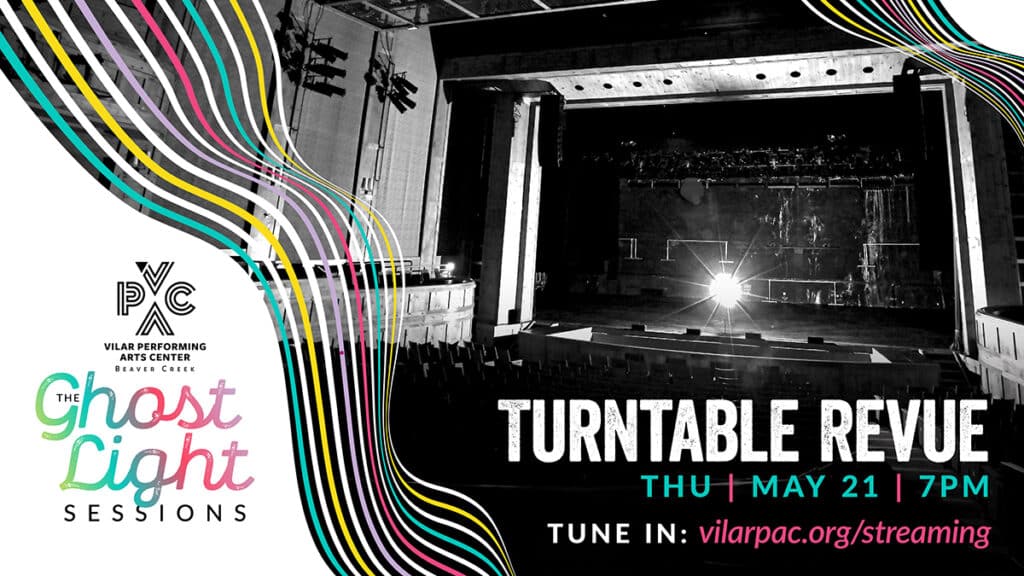 Until we can be together again we are streaming, for free, The Ghost Light Sessions – LIVE from the empty theater! We’ll be hosting local musicians for a free evening of local, streamed music. Tune in on our youtube channel!

ABOUT TURNTABLE REVUE:  Sister-brother duo Terry Armistead and Joe Bianchi grew up with a folk singing, guitar playin’, beer drinking father and a piano playin’, church singin’ mother with a voice like an angel. It was hard not to be influenced by their music as TV was nonexistent in the Vermont hills and playing guitars and singing was the activity every evening. Their Dad still claims that the Kingston Trio stole one of his songs back when he was opening for them in “the Village” in the 60’s. Jeff Armistead plays the keys and brings a distinct Detroit sound to the acoustic stylings of the band. Brian Loftus of BLT fame is on the drums.

Expect to hear just about anything on a typical night. They’ve been known to throw down some Zeppelin and Emmylou Harris as well as their original music in the same set. Learn more at: www.theturntablerevue.com

**Support the music! The virtual tip jar will help fund the artist and venue production, available through venmo @Terry-Armistead**

As we patiently await the passing of the current pandemic and figure out how to safely resume operations at our beloved Vilar Performing Arts Center, we feel our duty to fulfill the role of the “ghost light” in our community providing a flow of energy during these uncertain, in-between times. As such we’re introducing “The Ghost Light Sessions” which will allow artists from our region to live-stream performances to wherever you are, direct from our stage.  If you’re like us, you’re probably bursting for some live entertainment to resume and allow us to reconnect as a community! We also hope it provides our local artists a platform to thrive during these difficult times and encourage you to contribute to their virtual tip-jar as a means to show your support. With enough participation and support we hope to continue this series until we can once again welcome you through our doors and we thank you in advance for spreading the word and supporting this new effort.