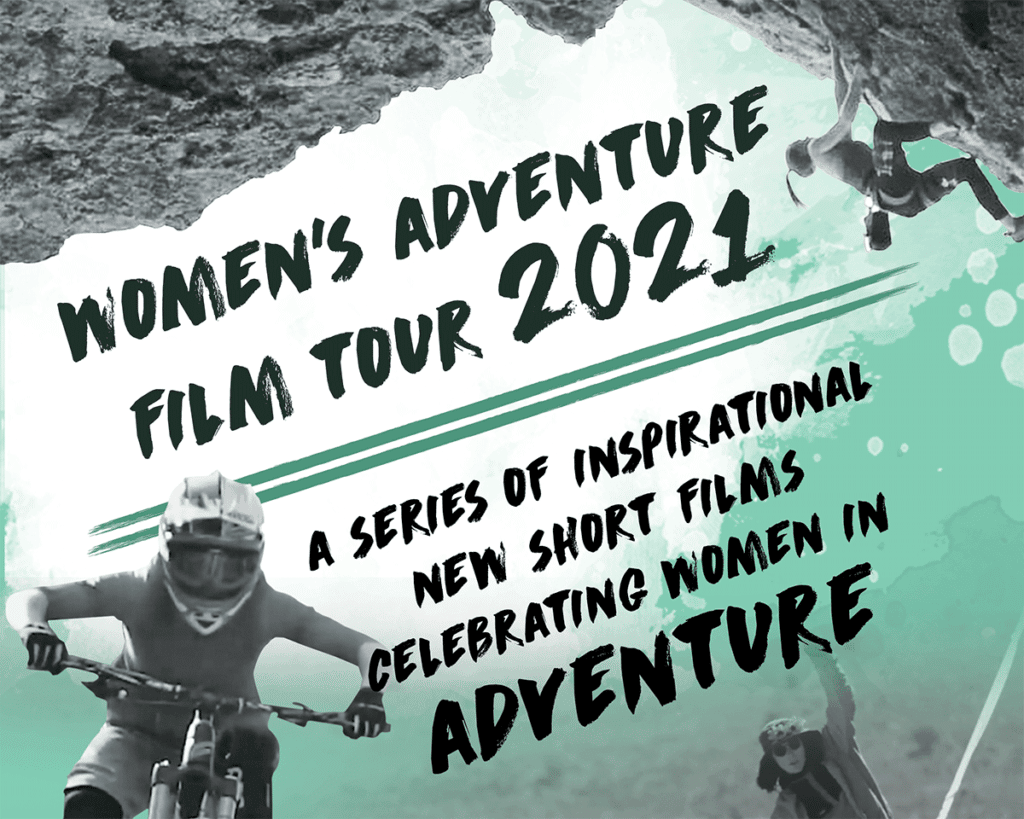 ABOUT: This is Australia’s original women’s adventure film tour, created by Adventure Entertainment in partnership with She Went Wild. In a global first it was launched to a sell-out crowd in Sydney in May 2017 and has grown to become a success throughout the world with screenings across Australia, New Zealand, the United States of America, Canada, the United Kingdom, Switzerland, Italy, Hong Kong, Singapore, Taiwan, India and more.

In their first year, the films were sourced from the Mountainfilm Festival in Telluride, Colorado. As the tour grew, it begun sourcing and developing content directly with and from filmmakers.

The Women’s Adventure Film Tour is an official part of WOMEN’S HEALTH WEEK by the Jean Hailes Foundation in Australia. Every year, the selection of unique films are carefully chosen to show awesome women achieving their personally adventurous goals. Being adventurous doesn’t always have to mean being the fastest, going the highest or doing the most extreme things. Adventure for most of us is stepping outside our comfort zone and climbing our own personal Everest. The films showcase real stories about women from a variety of cultures and sports around the world.