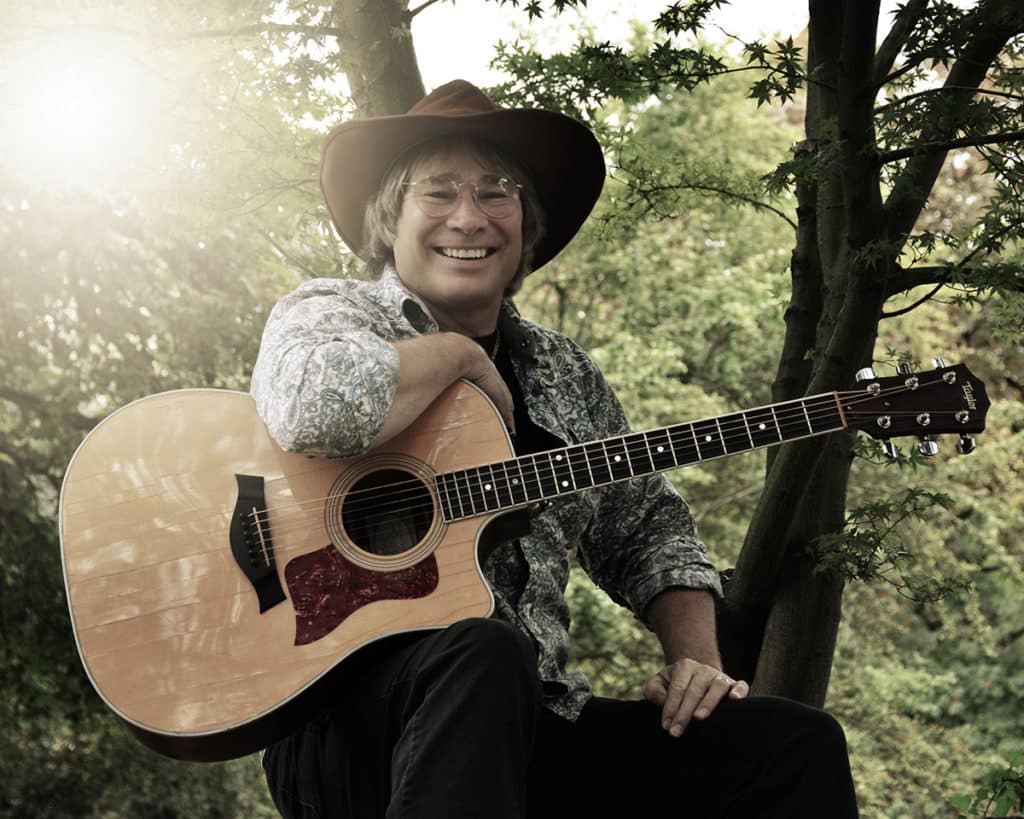 With tunes, including “Thank God I’m A Country Boy,” “Calypso,” “Annie’s Song,” “Rocky Mountain High” and “Sunshine on My Shoulders”

THE ULTIMATE JOHN DENVER By Ted Vigil: If John Denver had a son….You have to admit it. The resemblance to music icon John Denver – who died in 1997 when his experimental aircraft crashed into the Pacific Ocean – is uncanny. Listen to Ted Vigil and you’ll be Rocky Mountain High all over again.

Ted, who has been performing since he was 10, as well as writing, recording and performing his original compositions, won a national Talent Quest title as John Denver in 2006. After winning a celebrity look-alike contest, he began planning his John Denver tribute show. Since then Ted has performed as John Denver nationwide, offering some of Denver’s most familiar tunes, including “Thank God I’m A Country Boy,” “Calypso,” “Annie’s Song,” “Rocky Mountain High” and “Sunshine on My Shoulders.” He has wowed crowds from coast to coast and has played twice for John Denver’s own “Windstar Foundation” in Aspen Colorado.

The most heard comments after one of Ted’s shows are echoed in this review from a long time John Denver fan: “I was completely blown away by this young man, Ted Vigil. From the moment he set foot on the stage, I was mesmerized by his voice and his incredible resemblance to the late and great John Denver. Ted Vigil’s voice, mannerisms and humor were so much like John’s that I had to keep reminding myself it was a ‘tribute show’….that wasn’t really Johnny up on that stage – Ted Vigil is THAT GOOD!!!  He brings John back to the stage, if only for a little while…and the experience he creates is magical!”

ABOUT TED VIGIL: Ted Vigil is a singer, songwriter and a tribute artist. He was born in Seattle and raised in the Olympia area. He has been performing from the age of ten throughout school in concert, symphonic and jazz bands developing his talents as a drummer and singer. In 2006 Ted Vigil went on to Laughlin, NV to compete in the Talent Quest 2006 involving 28 states, New Zealand, Australia and Canada taking first place. He then went on to win KOMO TV 4’s NW Afternoon Celebrity Look Alike contest in Seattle. Ted now performs nationwide for all kinds of venues and events. He has wowed the crowd selling out theatres in Pennsylvania and Kansas and has played twice now for John Denvers own “Windstar Foundation” in Aspen, CO. Ted cruised the Caribbean with Darryl Worley and Jimmy Wayne on a “Travelin’ Inc. country cruise hosted by Great American Countrys’ own Storme Warren. Last year Ted was awarded the Rising Legend Award by the National Traditional Country Music Association. Ted also performed with Steve Wiesberg, John Denvers lead guitar player from the 70’s who is quoted as saying “Apparently the audience thinks they all look and sound like John. I don’t see it. I see it with Ted. A very strong physical resemblance… Uncanny!” (King 5 Eve News Magazine clip) The most heard comments after a show are “I can’t believe how much he looks and sounds like John Denver! It really took us back!”