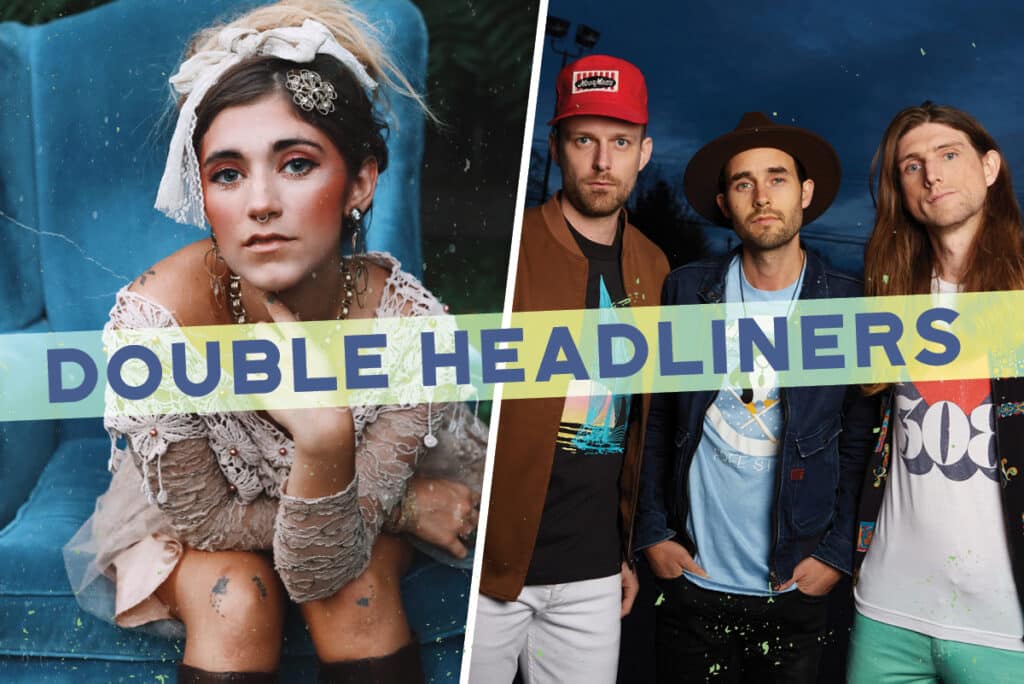 ABOUT SIERRA FERRELL: With her spellbinding voice and time-bending sound, Sierra Ferrell makes music that’s as fantastically vagabond as the artist herself. Growing up in West Virginia, the singer/songwriter/multi-instrumentalist got her start belting out Shania Twain songs in a local bar at the age of seven, and left home in her early 20s to journey across the country with a troupe of wandering musicians. “I met all these homeless kids who were traveling all over the place and playing amazing old songs, and I wanted to be a part of that,” says Ferrell, who played everywhere from truck stops to alleyways to freight-train boxcars speeding down the railroad tracks. “The music they were making was so honest, so pure. It seemed important to bring that kind of music back, and it’s been with me ever since.”

After years of living in her van and busking on the streets of New Orleans and Seattle, Ferrell moved to Nashville and started landing gigs around town. Soon enough, her magnetic live show drew the attention of Rounder Records, who signed Ferrell in 2019. To date, she’s enchanted audiences at major festivals like The Avett Brothers at the Beach, AmericanaFest, and Out on The Weekend, and also shared the stage with the likes of Trampled by Turtles, Parker Millsap, Charley Crockett, and The Reverend Peyton’s Big Damn Band.

Produced by Gary Paczosa (Alison Krauss, Dwight Yoakam, Gillian Welch), Ferrell’s debut singles for Rounder feature a stellar lineup of musicians, including country royalty like Chris Scruggs and her longtime collaborator Nathan Leath (a fiddle player she first met at the American Legion Post 82’s Honky-Tonk Tuesday). Sprung from her self-described “country heart but a jazz mind,” those tracks include “Why’d Ya Do It”: a beguiling and bittersweet lament partly inspired by Ferrell’s fascination with calypso and tango music. And with its galloping rhythm and classic bluegrass storytelling — as well as a guest appearance from Grammy Award-winner Sarah Jarosz on background vocals — “Jeremiah” sweetly delivers what Ferrell dubs “a broken song, with a gleam of hope at the end.”  Now at work on her full-length debut for Rounder, Ferrell delights in defying all convention in everything she creates. “I want my music to be like my mind is — all over the place,” she says. “I listen to everything from bluegrass to techno to goth metal, and it all inspires me in different ways that I try to incorporate into my songs and make people really feel something.”

“Catch her now, folx, in this most intimate of settings, for her Star is ever on the rise!” – NPR Music

ABOUT THE EAST POINTERS: Redefining the ever-evolving genre – modern folk – with Billboard-worthy pop hooks, deep acoustic groove, trance-like trad breakdowns and three-part harmonies, Tim Chaisson (vocals/fiddle/percussion), Koady Chaisson (banjo/tenor guitar/moog) and Jake Charron (guitar/keyboards), already internationally acknowledged as musical trailblazers, have made sure their new album, Yours To Break, will light a path for a new generation of music lovers who don’t care for labels.

What We Leave Behind was one of the international standout albums of 2017, nominated for the ‘Traditional Roots Album of the Year’ at the 2018 JUNO Awards and attracting over four million streams on Spotify. In the short time between their 2015 JUNO Award-winning debut Secret Victory and the upcoming album Yours To Break, the band has performed over 450 shows in Australia, New Zealand, Japan, the UK, Europe, Mexico, the USA, and Canada.

Yours To Break sits uneasily in a classic genre demarcation. The East Pointers have always been musically complex and technically brilliant, the core is definitely traditional Celtic, but on the new album, fiddle tunes are grounded in complex rumbling bass lines, a dirty Americana exploration turns on a dime into a lighthearted guitar feature with flamenco reference palmas, playful keyboard tones turn traditional solos into urgent dance-party journeys, and off-the-leash festival jam sessions give rise to vocal numbers that are either perfect pop songs or moving tributes to the home and people they love.

SUMMER 2021 Policy Update: The Vilar Performing Arts Center is pleased to bring a complete summer schedule to our beautiful venue for the 2021 summer season. As permitted by current State of Colorado and Eagle County guidelines, the Vilar Performing Arts Center is currently operating at 50% capacity (approximately 265 people) through June 30, without any social distancing or mask requirements*. Capacity for performances in the month of July will be announced by June 18. All capacity limitations will be lifted on August 1.