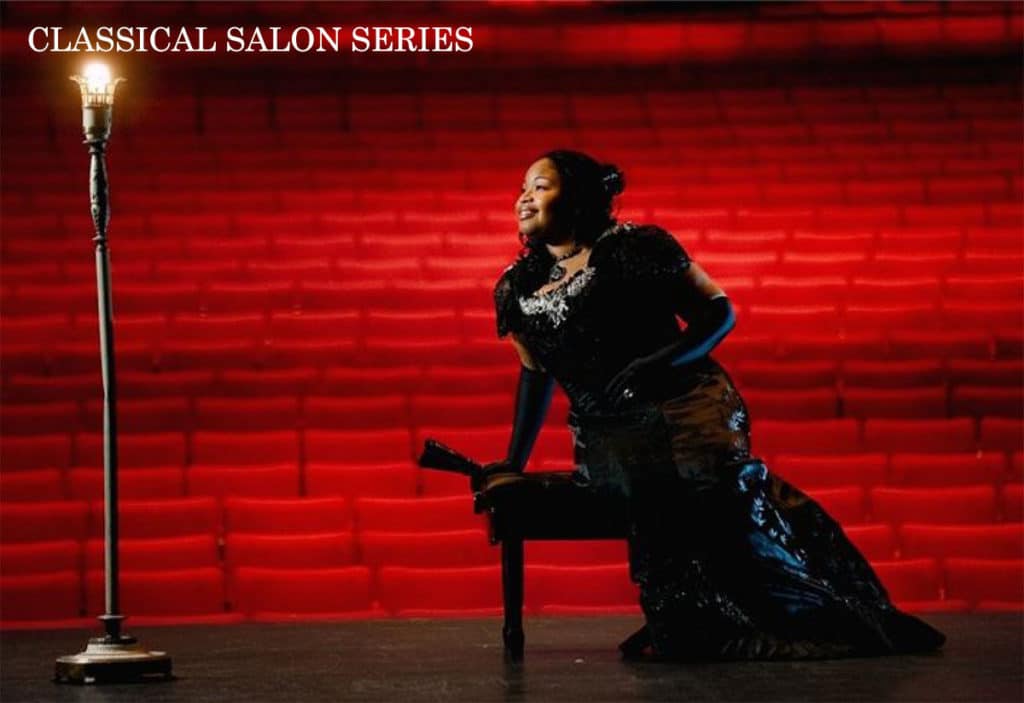 ABOUT KAREN SLACK: Hailed for possessing a voice of extraordinary beauty, a seamless legato and great dramatic depth, young American soprano Karen Slack was most recently heard as Alice Ford in Falstaff with Arizona Opera, as Aïda at Austin Opera, Emelda Griffith in Champion with Opera Parallèle, Donna Anna in Don Giovanni with Nashville Opera, Serena in Porgy and Bess with the National Chorale and the Sydney Symphony Orchestra, Sister Rose in Dead Man Walking with both Lyric Opera of Kansas City and Vancouver Opera, Anna in Le villi in her debut with the Scottish Opera, and concert with the St. Petersburg’s Philharmonic in celebration of the 80th birthday of  Maestro Yuri Temirkanov. Additionally, Ms. Slack portrayed a featured role in Tyler Perry’s movie and soundtrack “For Colored Girls” as the Opera Diva. The 2018-2019 season saw her as Addie Parker in Yardbird with Arizona Opera, a reprisal of her Sister Rose in Dead Man Walking with Atlanta Opera, Tosca with Opera Birmingham, Serena in Porgy and Bess with Fort Worth Opera, and her debut with Opera Theatre of St. Louis as Billie in Fire Shut Up in My Bones. In concert, she was a soloist with the Philadelphia Orchestra in the world premiere of Hannibal Lokumbe’s Healing Tones with conductor Yannick Nézet-Séguin and the Union Symphony for Wagner’s Wesendonk Lieder. Her 2019-2020 season includes the cover of Serena in Porgy and Bess with the Metropolitan Opera, appearing in a series of recitals throughout the US, and Verdi’s Requiem with Highlander Concert Series in Dallas, TX.

Ms. Slack has performed Serena in Porgy and Bess with the Lyric Opera of Chicago, Washington National Opera, San Francisco Opera, and the Bergen Philharmonic Orchestra. She made her Carnegie Hall debut as Agnes Sorel in Tchaikovsky’s Maid of Orleans, a role she also performed with the San Francisco Opera, and has sung the title role in Aida with Lyric Opera of Kansas City. She made her Metropolitan Opera and international radio broadcast debuts in the title role of Verdi’s Luisa Miller. Additional recent engagements include Sister Rose in Dead Man Walking with Madison Opera and Des Moines Metro Opera, title role of Tosca and as Leonora in Il trovatore with Arizona Opera, Beethoven’s Ninth Symphony with the Quad City Symphony, and Tosca with the New Philharmonic.