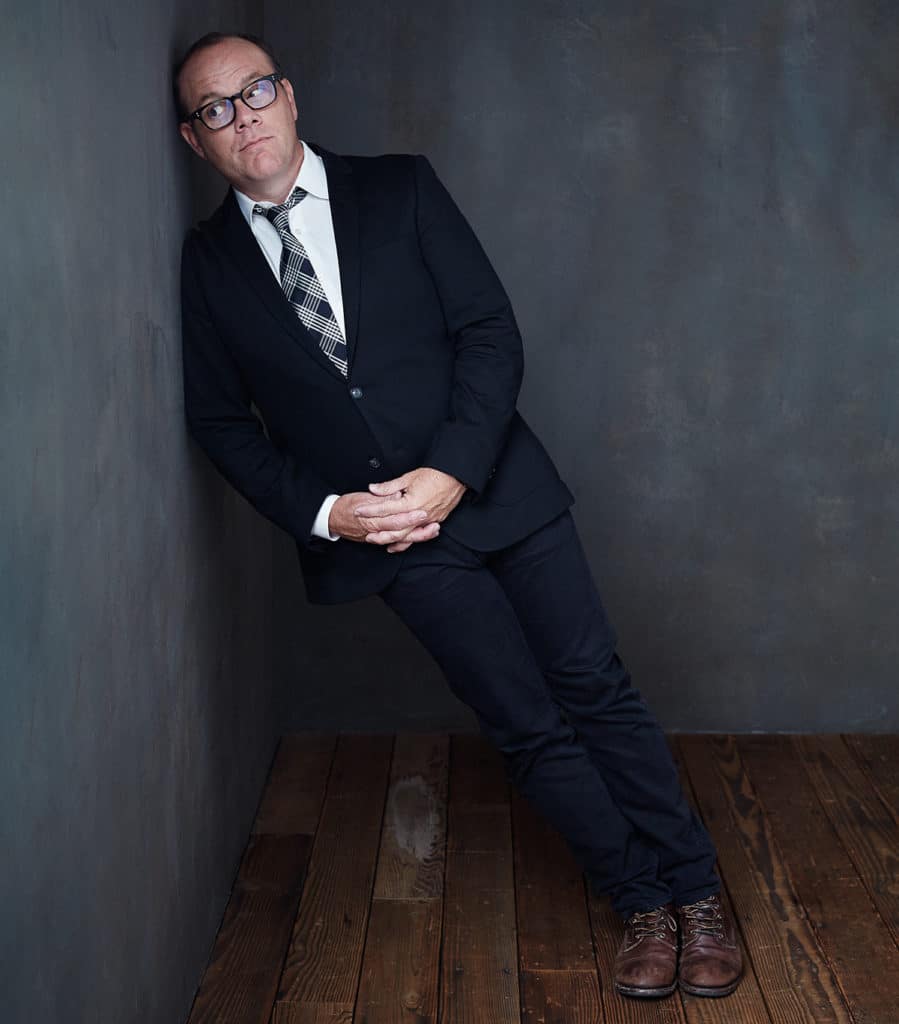 One of the top comedic voices in the country!

With more than 20 years as a stand-up comedian, Tom Papa is one of the top comedic voices in the country finding success in film, TV, radio and podcasts as well as on the live stage.

Tom is the Head Writer and regular performer on the nationally syndicated NPR show, Live From Here, the newest incarnation of the legendary radio show, A Prairie Home Companion.  Tom is featured on the show in his own regular segment, Out. In. America. With Tom Papa, heard by the 2.6 million fans of the weekly radio show. Further to his presence on NPR, Tom is a recurring panelist on NPR’s #1 rated show, Wait Wait…Don’t Tell Me!; from time to time he is the show’s guest host for its star, Peter Sagal.

Tom is also the new co-host of What a Joke with Papa and Fortune, the first daily program to exclusively broadcast on the newly launched Netflix Is a Joke radio station on Sirius XM Radio. Every morning Tom and co-host, Fortune Feimster, hang out for two hours with fellow comedians, interview celebrities, and cover everything from their personal lives and the world of comedy to the day’s trending topics. What a Joke with Papa and Fortune, which launched in mid-August of 2019, airs Monday through Friday mornings on Sirius XM channel 93.

Tom’s 2018 book debut , Your Dad Stole My Rake: And Other Family Dilemmas, from St. Martin’s Press was an instant success and went thru four printings in its first four months in release..  The comedic book takes a hilarious look at the host of characters in our families with bizarre, inescapable behavior:  from crazy aunts with mustaches, grandparents who communicate by yelling, and uncles who use marijuana as a condiment.  Anyone who has a family, grew up in a family, or has spent time with another human being will love this book.

A regular on The Late Show with Stephen Colbert and Conan, Tom’s third hour-long stand-up special, Human Mule, is now available to rent or buy on iTunes, Google Play, Amazon and other major outlets.  The special is available to stream on Amazon and Hulu and had its TV premiere on December 9, 2016 on Epix.

Tom is host of the hit podcast and SiriusXM show, Come to Papa, a weekly, hour-long show featuring Tom exploring the funny side of life, occasionally with guests like Mel Brooks, Ray Romano, Carl Reiner and Jerry Seinfeld.

Several times a year in New York and Los Angeles, Tom hosts a live Come To Papa scripted radio play that is recorded live for the podcast and SiriusXM show.  With residencies at Largo in Los Angeles and The Village Underground in NYC, Tom writes the script for each show and casts top actors and comedians to play the roles or perform stand-up, all backed by a live band.  Performers include Matt Damon, Sarah Silverman, Joel McHale, Bill Burr, Jim Gaffigan, John Mulaney, Kevin Nealon, Kevin Pollack and many more.

In 2015, Tom guest starred on The Jim Gaffigan Show on TV Land and on Colin Quinn’s web series, Cop Show.  In 2014 he was seen alongside Clive Owen in two episodes of Steven Soderbergh’s Cinemax series, The Knick, and he was seen in Chris Rock’s film, Top Five.

In 2013, Tom was seen alongside Michael Douglas and Matt Damon in the HBO film, Behind the Candelabra, which was directed by Steven Soderbergh and won 11 Emmys.  Tom was also seen in the hit Comedy Central series, Inside Amy Schumer.

Tom starred opposite Matt Damon in the Steven Soderbergh film, The Informant, and starred opposite Paul Giamatti in Rob Zombie’s animated feature, The Haunted World of El Superbeasto, as the voice of El Superbeasto.  Tom has appeared in the films Analyze That, opposite Robert DeNiro, and Comedian; he had a voiceover role in the DreamWorks animated feature “Bee Movie” and also was a writer on the project.

Personally chosen by Jerry Seinfeld, Tom hosted the NBC series, The Marriage Ref, which ran for two seasons.  Tom had a recurring role opposite Julia Louis-Dreyfus on the CBS series, The New Adventures of Old Christine, and starred in his own NBC series, Come to Papa.

As a writer, Tom’s credits include the Rob Zombie film, The Haunted World of El Superbeasto, the Jerry Seinfeld film, Bee Movie and the TV series Red Oaks, The Marriage Ref and Come To Papa.