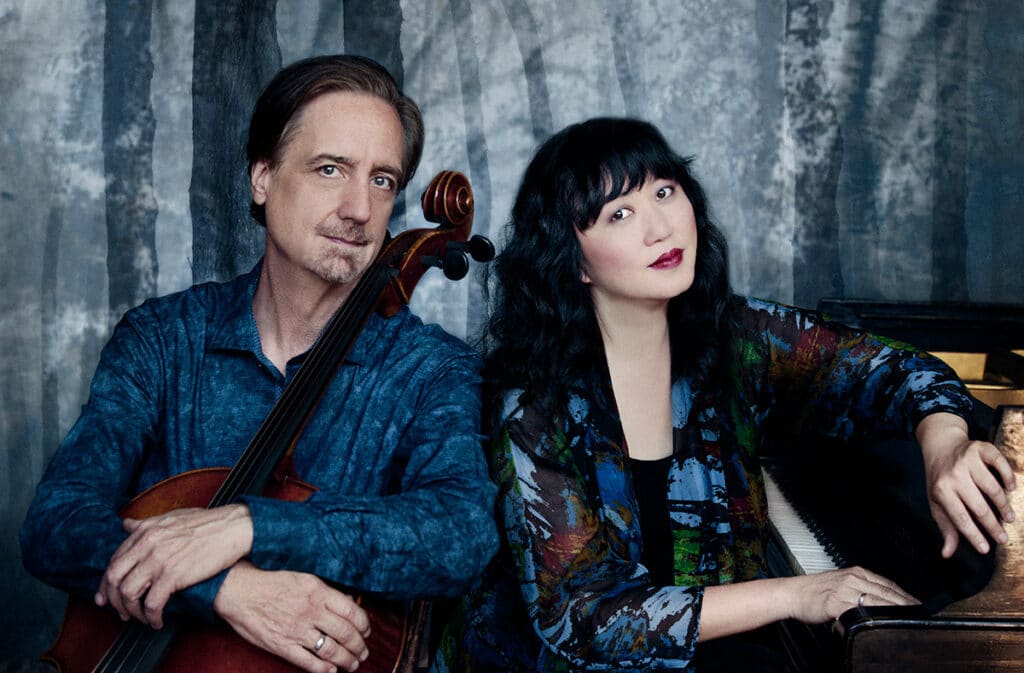 Partners in life and in music for almost 40 years, this irrepressible power couple of the chamber music world has won international acclaim for their “eloquent and deeply committed performances” (New York Times) as well as “glamour and theatrical flair [and] superb musical insight” (Washington Post).

David Finckel, Cello: Cellist David Finckel’s multifaceted career as concert performer, artistic director, recording artist, educator, and cultural entrepreneur distinguishes him as one of today’s most influential classical musicians. He is a recipient of Musical America’s Musician of the Year award. David Finckel appears annually at the world’s most prestigious concert series and venues, as both soloist and chamber musician.

Wu Han, Piano: Named Musical America’s Musician of the Year, pianist Wu Han ranks among the most esteemed and influential classical musicians in the world today. Leading an unusually multifaceted artistic career, she has risen to international prominence as a concert performer, artistic director, recording artist, educator, and cultural entrepreneur.

There are several ways to purchase tickets from Bravo! Vail:

SAFE TOGETHER: All upcoming events will be in collaboration with and implement Eagle County’s precautionary guidelines to prevent the spread of COVID-19. We will continue to prioritize the health of our patrons, artists, community and beyond during every event. For protocols during Bravo! Vail Music Festival performances at the VPAC, please visit bravovail.org.